this was my first time at the unity church in long beach. it was right across the street from roscoes so of course we went. i'm not sure what the name of the first band i saw was, but they sounded like the descendents singing about killing cops and surfing. they smashed a guitar on the ground: pretty punk? haha.

summer vacation was as good as ever. one of the best bands that southern california has to offer.'annual' is my jam. i love that song. mark played with his back to the crowd the entire set. i love his style. they're the best. 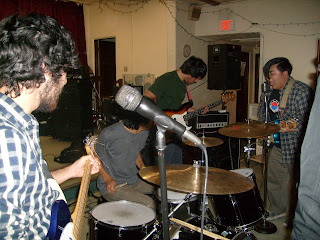 media blitz played a new song which was great, along with a cro mags cover. jason's mouth was bleeding for most of the set. the crowd was pretty rowdy. the shirt came off like usual, but 'get the fuck out' was the most convincing i've seen them play it. they're getting better and better live every time i see them.

i'd like to note that the bill for this show didn't fit at all, but i liked the bands i went for and so i was extremely happy. 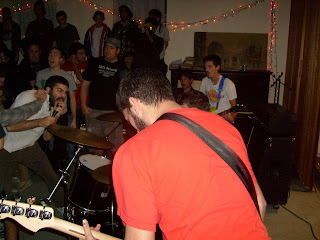 with that in mind, people went ape shit for joyce manor. this was the first time i've seen them since may, and they were fun as fuck. the new songs sounded great. 'derailed' and '21st dead rats' were only a few of the new jams we got to hear. i really love the new songs. singing 'five beer plan' was honestly my favorite part of the night though. i wish this song could be re-written a million different ways so that every song i could sing along to like this one. another great show, another night in a row. 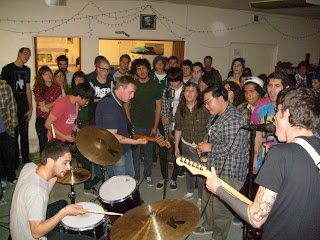 Posted by Christopher Gordon at 2:06 AM