the new oakland metro is a pretty big space. there were a lot of kids at this show, but not enough to even come close to filling up the place. because of this there was that giant awkward horseshoe for a circle pit that no one really danced in.
disengage played first. i thought there front man was pretty awful. he kept throwing first pumps off tempo with the drums which made me think he had no rhythm. but then he switched with their bass player who i thought was a better frontman. not much else to say about this band. kind of boring straight edge hardcore from philly.
free spirit were a little better than disengage but still didn't really do anything for me. both bands talked too much in between songs. i don't like being preached to. both bands also had to many 'guests' do vocals for multiple songs. i thought that took away from there performance. free spirit are from boston.
i got a wolves and thieves demo at an asian man records birthday party at the oakland coliseum about a year and a half ago. i probably listened to it once. they kind of reminded me of afi. my friend said the lead singer reminded him of fred durst. a fight broke out in the middle of their set. that's what kind of band this is.
nails was brutal as always. they played mostly songs off of unsilent death. the crowd came up closer for them filling that awkward gap. i really enjoyed them.
ceremony is still one of my favorite live bands. the venue was just a little awkward, so this definitely wasn't my favorite set from them, but it was great nonetheless. they played the hits. this was toasts' last show with the band.
Posted by Christopher Gordon at 10:06 AM No comments: 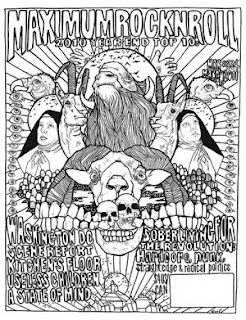 maximum rocknroll reviewed the new roman candles 7". this is what they had to say:
Two infectious tracks of jangly pop punk along the lines of ONION FLAVORED RINGS. Occasional tremolo-laden guitar leads add a hint of UK DIY bedroom shambles. DEAD MILKMEN meet TV PERSONALITIES uptown. (AM)
(Young Foole)
they also reviewed the media blitz-no regrets e.p. click the link to read that.
Posted by Christopher Gordon at 7:58 PM No comments:

this is pretty cool. definitely worth watching. i think razorcake is one of the best zines around.
Posted by Christopher Gordon at 8:13 PM No comments: 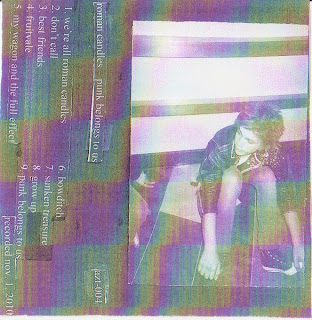 terminal boredom reviewed the newest roman candles tape:
Roman Candles "Punk Belongs To Us" cassette
God, you guys are killing me. This is just terrible. Please stop sending me tapes. It's not funny.(RK)
(AZT // ugh)
i love it. you have to click the link and read the pizza! review we even get made fun of in someone else's record review hahah.
Posted by Christopher Gordon at 11:27 AM No comments: 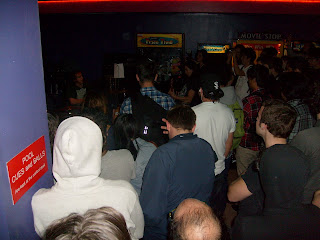 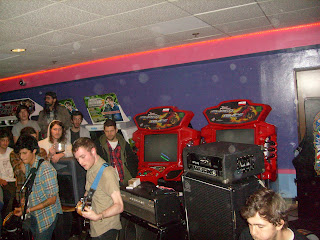 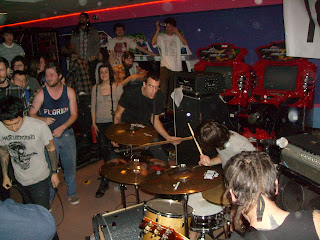 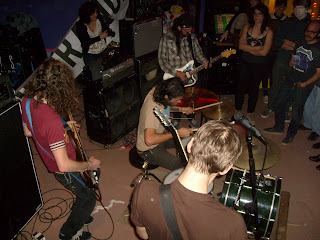 Posted by Christopher Gordon at 5:00 PM No comments: 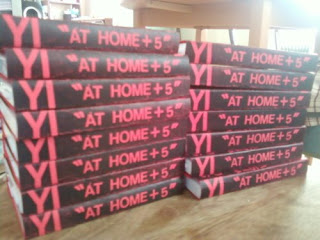 i finally got my hands on a copy of this tape. i guess only 40 were made. yi is a kind of lo-fi surf rock/punk band with really heavy rock n' roll parts. the first song 'singing arc' builds for a minute and a half before the vocals finally kick in and when they do it fucking rocks. musically, it sounds pretty dark, but at the same time has a total surf vibe. 'golden pouch' sounds like lo-fi early 90's indie rock. the vocals sound really cool, but it's definitely the guitar tones that give this band its extra kick. '(when i grow up i'm gonna be a) selfish scientist' is my favorite song on the demo. this tape is totally worth having. i'm not sure how many more are left floating around. i got my copy from brick gun records, whom i believe are putting it out as s 12". you can also download it for free from the band here.
Posted by Christopher Gordon at 4:33 PM No comments: