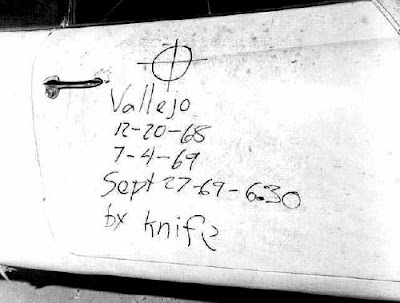 oc weekly reviewed the roman candles 7". thanks dudes. click the link.
Roman Candles
Whatever Happened to V.B.K.? 7"
Young Foole Records/This Side That Side Records
Yorba Linda's Roman Candles are continuing their low key but enthusiastic releases with their latest efforts, following up three previous cassette-only's with a new one, Punk Belongs to Us, out on their own Aztec Records label. The band recently had a record release show for their first vinyl effort, as well as the first thing they've done released on another label. If Whatever Happened to V.B.K.? is the kind of quick, blink-and-you'll-miss-it release that seems to be from another time, it's also another representation of the kind of scene that any number of OC acts are fully embracing: they're just going out there and doing it because it can be done, rather than making a big deal out of it all.
It's still a bit funny, though, to hear lead figure Christopher Gordon begin the title track with the words "When you were young...you were punk," given he's not a grizzled veteran yet himself. But "Whatever Happened to V.B.K.?" has the kind of half nerdish and half sweet sound familiar from many of the band's other work, less aggro and more reflective, concerning the mental distance already traveled between being "16 years old in the back of my car" and the present. The short length and in-a-living-room recording quality, further punctuated by a wheezing harmonica part from Gordon, could make this an early Guided by Voices number, if not so Who-obsessed.
Even stronger might be "More Man," which tells the story of friends out to find God via missions and considers how others should or shouldn't react to the situation. Heady stuff for a short song perhaps, but it's all handled nicely and in similar sonic fashion to the A-side, with a semi-surf guitar line from Christopher Torres adding a nice bounce to the proceedings. The whole is a portrait of youth and questions faced at that time, and it's precisely the kind of thing that is fresh the first time one goes through it. It's admittedly nice to hear that ramshackle rock 'n' roll thrives still.
Posted by Christopher Gordon at 12:48 PM