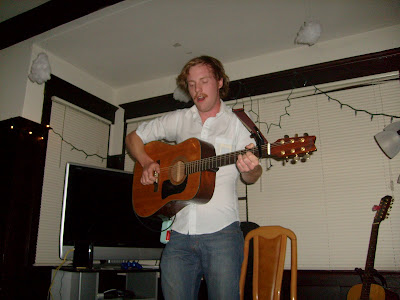 Sean Hood played first. He only played four songs, and I wished he had played more. I really like his finger picking melancholy folk songs. I hope to see him again. 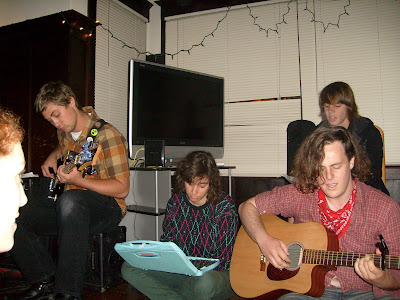 Your Yellow Dress played second. they played mostly covers, and had a different lineup then I'm used to. The flute sounded really good. I liked their Smiths cover a lot. 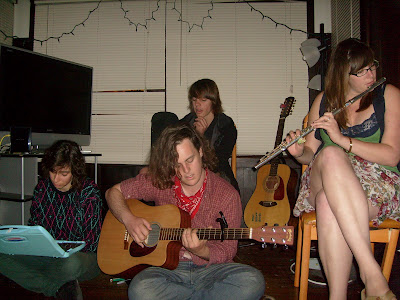 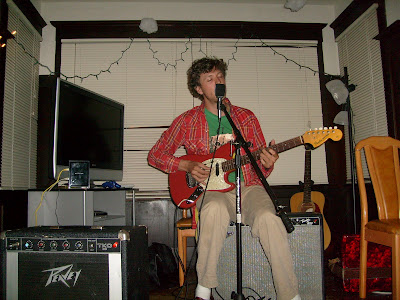 Attic Abasement played third. He seemed too cool for this house show. Not in a bad way like he was a dick or anything because he wasn't, but just look how cool he looks. his music was good too. I really liked it. 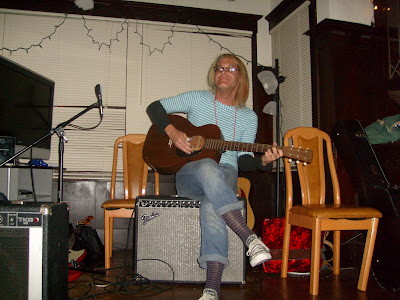 Morgan's Orange was extremely entertaining. He was climbing all over the amps and the chairs. He talked a lot between songs, but I liked what he had to say. I wasn't really a fan of his music, but seeing him live was fun. 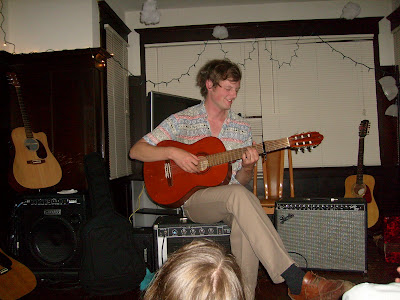 Hello Shark kind of blew me away. The carpentry is just so intimate of a setting for shows, and I'm really lucky to have been to many of them. Tonight though I got a glimpse of something special. Sometimes art finds you when you need it most, and that was hello sharks set for me. 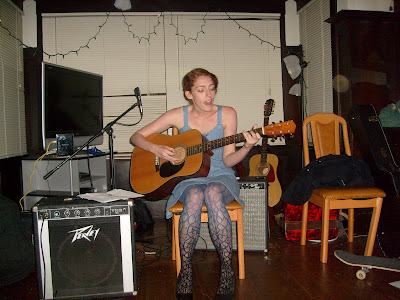 Brit Benjamin played last. Her songs were pretty. She tried to play a Daniel Johnston cover, and that was cool.
I think this was the last show at the carpentry, and I'm really going to miss it. It has made my transition to Berkeley a very easy one. I thought it would be hard to leave L.A. and discover a local music scene all over again, but this just kind of fell in to my lap, and I'm really sad to see it go. I hope Alex finds a way to still throw house shows next year because places like this are really important for a lot of people.
Posted by Christopher Gordon at 12:17 AM