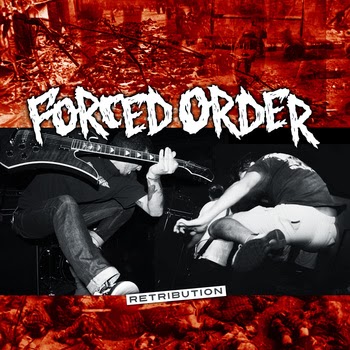 Forced Order put out a demo tape, then the Eternal War 7"on Mass Movement Records, before releasing Retribution, a new four-song 7"on Revelation Records. They did all this in less than a year. It's crazy how fast this band made moves, but it's no surprise how quickly they took off. This is dark, heavy, metallic hardcore. Two of the songs on this thing are instrumental! The drums are pounding, the guitars are wailing, and the vocals are haunting. I think in some ways the two songs that are instrumental are more powerful than the songs with lyrics. "Gnosis," my favorite song on the 7" shows the depth this band has, and says more without lyrics than most hardcore bands do in their entire discographies. With plans to release their full length on Rev in 2015, this is a must own. Buy HERE.
Posted by Christopher Gordon at 6:28 AM