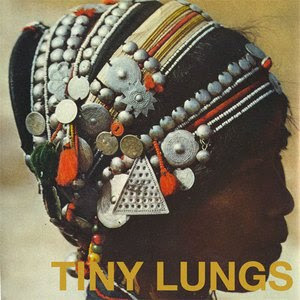 within months of recording their first e.p., tiny lungs returned with their second five song e.p. appropriately titled 'II' just in time for their full u.s. tour with jason clackley. picking up immediately where the self titled left off, the band starts off with "dead wives"which has one of the catchiest guitar lines i've heard in a while. upon first listen, you can already tell the songwriting is improving. the second song, "randsom st." ends with justin screaming out, "all we are is what we have," and one can't help but sing along. though my favorite line comes from "appropriately jeaslous" where justin sings, "you cover all the silent ways we speak/i'm aging like your fashion magazines." this e.p. is a quicker listen coming in at a little over eleven minutes, but it's just as good if not better than the self titled. do you self a favor and check this out.
Posted by Christopher Gordon at 9:52 AM No comments: 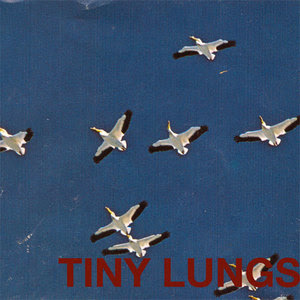 justin conway who has played in the starburst crystal ensemble, and merry christmas finally took it upon himself to front a band, and the world is a better place for it. tiny lungs, his newest project, reminds me of hot water music, and cursive. they have also drawn comparisons to superchunk. it's loud, raw and distorted. it's everything indie-rock should be with a very punk edge.
their debut 5 song self titled e.p. was released by mountain man records and is limited to 100.
the e.p. comes in at 17 minutes starting with it cop heart, the catchiest song on the album. all of the guitar parts are memorable, and i find myself humming them constantly. in all voices persistent, the line, "it's okay to hate summer, sometimes" sticks out in my head. i keep singing it to myself. the e.p. ends with apologies to liberty hill, which is the longest track on the album, highlighting the distorted guitar work that makes tiny lungs one of the most promising new bands to come out in recent memory. but songs aside, the most memorable thing about this band is justin's voice; it's a haunting whining scream - it's beautiful. grab these before they're gone, you'll regret not having one - trust me.

big freedia played in a strip club in portland, oregon. into the woods caught it on video. enjoy
Posted by Christopher Gordon at 9:57 AM No comments:

i had the pleasure of playing a show with jake brown/pelican vision a little over a month ago. two weeks ago he gave me a three song cd-r with his band name written on it in black sharpie. i've listened to it everyday since i got it. it really is that good. in the first song 'parables' jake sings, "if you have a question then i probably don't have an answer/if you have all the answers then i probably won't even bother" before belching "these details are driving me insane." this is the best song on the demo, and an all around quality folk song. the second song 'life long road' has some extremely catchy electric guitar lines, and hooks you in with harmonica that stays in your head for days. the third and final song 'death march' has a little bit of a surf vibe, which i really like. all around this is a pretty amazing introduction to a band that showcases a lot of potential.
Posted by Christopher Gordon at 5:25 PM No comments: 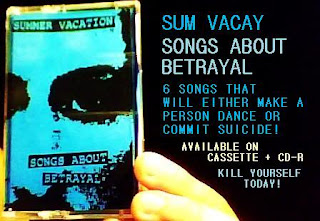 summer vacation spew out their fourth demo titled songs about betrayal. a six song cassette tape recorded on their drummer, aaron's ,8-track, this release exemplifies their truly diy approach to music. the first song 'da guardians' is about being taken away to outer space in hopes of meeting more people like yourself. compelete with poppy-harmonic 'oohs' and 'aahs' this gets stuck in your head fast. the second song and title track is the standout on the tape. mark and sean singing over each other competing to scream their song about betrayal respectively. the flip side is just as catchy and includes a pretty awesome misfits cover of 'hybrid moments.' a great release from one of the best up and coming southern california bands around right now. i'm not sure how many of these were pressed, but you can contact them on their myspace.
Posted by Christopher Gordon at 11:01 PM No comments:

each and every year without fail, friend and show promoter, sean carlson, boasts that this will be the best day of summer; and it was.
my only complaints with the festival, were that you couldn't bring water inside, and they sold it for four dollars inside the gates. there was only one water fountain in the whole park, and the line was soo long it was never worth the wait. besides that it was organized perfectly, and i only had one scheduling conflict (i would have loved to see off!).
there were three stages. the sequoia stage featured the majority of the punk/hardcore bands. the redwood stage which i only caught a few acts on, and the oak stage which included most of the bands i wanted to see.
we got there in time to catch the last two songs of abe vigoda's set. both of the songs were new, and they were both excellent. the first song i saw, dane ditched the drumset for a drum machine, which was different, but it worked well for them.
we then scoped out the venders booths, and headed over to the sequoia stage to watch the blow. i didn't know anything about the blow and officially don't care to. it was just a girl singing into a microphone with pre-recorded tracks from a laptop. not for me.
after that i sat on this knowl and listened to vetiver's set which sounded really great. i wish i listened to them more.
back at the sequoia stage i watched a few songs of screaming females. they are awesome. definitely a band i will be seeing again. i can only imagine how their sound will translate to a small rock club where i'm sure it is much preferred.
ceremony was on next, and i was curious to see how they would translate to a festival environment. they absolutely killed it. ross was climbing up the rafters jumping off amps, and literally going nuts. they have easily become my favorite live band of the year.
best coast was next on the oak stage. this was the first time i saw her. she sounded great. i really like what she does, and would definitely see her again.
i left best coast's set a little early to go sit in the shade and listen to a.a. bondy who played on redwood stage. i really wish i knew his songs well enough to sing along because he was pretty perfect and i would have loved to have been able to enjoy it that much more. he's definitely one of those dudes on my list of bands to see, so it was nice to be able to check him off. his songs are really pretty i loved his set.
after a.a. bondy, we headed back to the oak stage to see titus andronicus. they were definitely one of the bands that i was most excited to see. they exceeded all of my expectations and were absolutely incredible. with three guitar players, bass, and drums their sound was huge. two of the guitar players also played keyboards and violins too which was awesome. screaming, "you will always be a loser," with all my friends was definitely one of the days highlights for me.
7 seconds played on the sequoia stage. kevin mentioned the fact that he is still rocking at 49 years old (30 years with the band). he said he hoped to still be doing it for 15 to 20 more years and i really hope he does because he is one of the most positive people in music. i love and respect this band so much. they still have so much energy and are always a guaranteed good time.
unbroken played next. they were really solid. i was really into their set, and am super appreciate of the fact that they played the festival and i got to see them. they were a real treat.
after their set i was walking to the oak stage to go see ted leo, but was mesmerized by dead man's bones on the redwood stage. i couldn't help but stop and watch. they had a full children's choir. these were some really pretty songs. i would definitely like to see a proper show, and listen to some recorded material, because they were quite frankly the nicest surprise at the festival for me.
after a few songs we did trek over to ted leo who rocked. real straight forward rock 'n' roll. one of those bands that i've never really gotten into their recorded material, but have always wanted to. they sounded great live, and would be way into seeing them again.
after ted leo played, the mountain goats took the stage. i was definitely the most excited to see them. they played all the hits (probably five songs off of the sunset tree). it was cool to hear him talk up sleep, and appropriately after doing so they played "the best ever death metal band out of denton," which was a highlight for me. they ended the set with "this year" and "california song." a pretty perfect set.
sleep played next. they played for an hour. and it was epic. enough said.
i told my friends that there was nothing that could really top sleep, but there was one thing that could follow it, and it was big freedia. the queen diva from new orleans was easily the best way to end the festival. i don't know if i've ever had so much fun in a fifteen minute set of music before.
on the walk out to our car the mormons were playing outside the festival gates, and we walked with them for a few blocks. i have wanted to see them for a long time, and i can't think of a nicer cherry on top of a perfect day.
if i had to pick favorite performances
1. titus andronicus
2. ceremony
3. big freedia
4. the mountain goats
5. sleep
Posted by Christopher Gordon at 1:17 AM No comments: